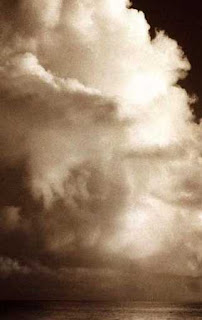 It has been positively Prufrockian in Maine's capital city if you care about the Wild Wind.

LD 1810 is a  bill offering the Dawn State the opportunity to lead America either into a confused beach head of fractured local economics and social unrest, or else divert the ocean wind farm wannabes further offshore.  That depends on whether on Monday April 5th the Maine Legislature finally  denies Maine's territorial tidal waters to intrusive, over-subsidized wind turbo farms like those set up on peaks and ridges of the Maine Woods.


Then on March 24, 2010 this  ENGO/corporate hydra had its many heads handed to itselves,  for trying to wade out onto Maine's territorial sea mounts and ledges with similar "dumb growth" designs as they'd foisted on up lands.


The plan to infest Maine state  waters with  bladed towers has been left:

"spread out against the sky / like a patient etherized upon a table.'
Yet similarly, final action on historic Wind Liberation legislation  too, continues to crawl glacially  toward the finish line. This time the final vote has been delayed to Monday - the very last day of the 2010 legislative session. And what amazing changes  the bill has gone through in the month since it first appeared!
An Act To Implement the Recommendations of the Governor's Ocean Energy Task Force" came out of that task force ready to force open every square mile of Maine state waters to industrial scale ocean windfarming.  But from the would-be invasion's beginning on March 11th,  Maine's two give-no-ground lobstermens associations held firm, letting wave after wave of windvaders, blades glittering above their briefcased ranks like sarissas, break futilely against their Ancient  Rights.
But even granite becomes sand under repeated waves. At a major engagement  on March 18th,  Maine's lobstermen's 1st Legion, the MLA, was, to their everlasting ignominy, on the verge of giving up ground,  when a wild charge roaring in on shrimper, scalloper and groundfish boats savaged the invaders'  initiative, driving the windbaggers back mile after mile with their furious onset!
Completely out of Maine state waters! Then, on March 23rd, as the Windies tried to reform, across the Line in federal waters, they were shocked to find Maine's oceanic cavalry  pouring from Bar Harbor  and other coastal towns in  coordinated small group forays through the three mile gate after them. This would be no Gettysburg, with the southern invaders again allowed to escape after their crushing defeat....
But escape they did, after being chased ten miles from shore, and vanishing, tails tucked,  into venture capital warrens - where no sensible fishermen goes.
Magnanimous in victory, Maine's fishing industry's terms were merciful: a ten mile no-windfarms buffer stretching out from Maine's shore, beyond which the Windies could practise their extraction industry - as long as (1)  the University of Maine held a controlling interest in those operations and not Wall Street, and (2) Maine electricity users had optional first dibs on the juice coming ashore in Maine from those offshore operations.
Permission, too, was granted to test prototype offshore floating windsnatcher technology at  three tiny border sites off Midcoast Maine, to the relief of Bath Iron Works and Prock Marine, which would build the experimental wind-gathering machines, and even the mighty offshore behemoths that would be taken  by the University of Maine deep into the Gulf over the horizon.
Treaty terms made, it is up to the maine legislature and the Governor to ratify them. Bureaucratic dawdling has delayed the final signing of the agreement  by Govenor Baldacci, but  Monday is the final day of the legislative session, and already, witnesses have "heard the mermaids singing, each to each" and the governor grumbles "I do not think that they will sing to me."