Newest bills before important Maine Legislature's committees as of January 8, 2023

A new legislative session is before us.
Here are the first run of new bills sent to the  following committees:  Criminal Justice and Public Safety,  Energy Utilities and Technology , Environment and Nature Resources, Health and Human Services, Marine Resources, State and Local Government, Transportation, Veterans and Legal Affairs / 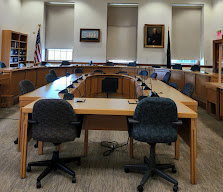 Criminal Justice and Public Safety     1.LD 4 An Act to Update Provisions of the Department of Corrections Laws Regarding Operation and Administration of Jails, Women's Services and Juvenile Detention

2.LD 22 An Act to Impede the Transfer of Firearms to Prohibited Persons

3.LD 39 An Act to Amend the Maine Juvenile Code

4.LD 42 An Act Regarding the Commissioner of Corrections' Role in Death Benefit Determinations and Regarding Training for Corrections Officers

5.LD 47 An Act to Amend the Law Governing Licensing Actions of the Emergency Medical Services' Board

6.LD 60 An Act to Require a 72-hour Waiting Period After the Sale of a Firearm

Energy Utilities and Technology
1. LD 43    An Act to Reduce the Cost of Electricity by Removing the 100-megawatt Limit on Renewable Resources of Energy
2. LD 69  An Act to Improve Electrical Supply Cost Transparency

Environment and Nature Resources Committee                   1. LD 9  An Act to Establish Processing Time Limits for Permit by Rule Applications Under the Site Location of Development Laws

2. LD 10  An Act to Amend the Laws Governing Invasive Aquatic Plants
3. LD 28  An Act to Streamline Rulemaking for Revisions to Screening Levels for the Solid Waste Beneficial Use Program
4. LD 29  An Act to Reduce Air Emissions at Petroleum Storage Facilities
5. LD 71  Resolve, Regarding Legislative Review of Chapter 171: Control of Petroleum Storage Facilities, a Major Substantive Rule of the Department of Environmental Protection
6. LD 74 ) An Act to Update the Responsibilities of the Clean-up and Response Fund Review Board

Health and Human Services
1. LD 5  An Act to Expand Access to Postsecondary Education for Low-income Parents

2. LD 11An Act to Strengthen Temporary Protections for Children Living in Dwellings with Identified Lead Hazards
3. LD 27 An Act to Align Maine's Lead Abatement Law with Federal Definitions and to Clarify Lead Abatement Licensing and Certification Requirements.
4. LD 35 An Act to Establish Adult Protective Services Training Requirements for Professionals Mandated to Report Suspected Abuse, Neglect or Exploitation to Enhance Protection of Incapacitated and Dependent Adults.
5. LD 50 An Act to Prevent Child Abuse and Neglect by Developing a System to Ensure Child and Family Well-being
6. LD 59 An Act to Prohibit Inclusion of the COVID-19 Vaccine in the Universal Childhood Immunization Program
7. LD 73  An Act to Require Bottled Water Companies to Monitor for Perfluoroalkyl and Polyfluoroalkyl Substances
8. LD 75  An Act to Establish Maximum Contaminant Levels Under the State's Drinking Water Rules to Prohibit Certain Perfluoroalkyl and Polyfluoroalkyl Substances
9. LD 80  An Act to Improve Family Economic Security Under the Temporary Assistance for Needy Families Program
10. LD 81 An Act to Address Recovery Residence Participation in the Municipal General Assistance Program
11. LD 82  An Act to Improve Access to Children's Behavioral Health Services
12. LD 84  An Act to Strengthen Third-party Liability Requirements for the MaineCare Program
Marine Resources
1. LD 16  An Act to Make Technical Changes to Maine's Marine Resources Laws
2. LD 61  An Act to Conserve Coastal Habitat by Restricting Rockweed Harvesting on Private Property.
State and Local Government
1. LD 49 An Act to Authorize the Deorganization of Drew Plantation
Transportation Committee
1. LD 17 An Act to Amend the Membership Requirements of the State Claims Commission
2. LD 21 Resolve, Designating Maine Turnpike Approach Road in South Portland as Samantha Smith Way
3. LD 30 An Act to Increase the Statutory Fee for Defensive Driving Courses
4. LD 31 An Act to Allow the Commissioner of Transportation to Reduce Speed Limits at Construction Sites with Input from Municipalities and Utilities
5. LD 38 Resolve, to Rename a Bridge in the Town of Freeport the Matthew MacMillan Memorial Bridge
6. LD 44 Resolve, to Rename the Bridge Between Bingham and Concord Township on Route 16 the Jason Dore Memorial Bridge
7. LD 62  An Act to Require Antipinch Sensors on School Bus Doors
8. LD 63 An Act to Clarify That Certain Imported Motor Vehicles Are Not Off-road Vehicles
9. LD 72 An Act to Make Allocations from Maine Turnpike Authority Funds for the Maine Turnpike Authority for the Calendar Year Ending December 31, 2024
10. LD 76 Resolve, Directing the Department of Transportation to Study the Width of Road Shoulders
11. LD 85 Resolve, Directing the Maine Turnpike Authority to Study Adding Exits off the Maine Turnpike to Aid Economic Development
Veterans and Legal Affairs
1. LD 26   Act to Provide Postage Prepaid Return Envelopes to Voters Who Send Absentee Ballots by Mail
2. LD 34 Act to Require a Person to Show Photographic Identification for the Purpose of Voting
3. LD 40  Act to Amend the Cannabis Laws
4. LD 48 Act to Clarify Provisions of the Cannabis Legalization Act Regarding Labels, Packaging and Testing
5. LD 83 Act to Clarify State Policy Regarding the Use of Cannabis Paraphernalia in the Maine Medical Use of Cannabis Act

LD 58 Resolve, Directing the Commissioner of Inland Fisheries and Wildlife to Establish Seasons That Do Not Overlap for Hunting Bear over Bait and Hunting Bear with Dogs

LD 66 An Act to Prohibit the Taxation of Drinking Water

This week a return to Rockland's Harbor Management Commission Dec 22, 2022.

Minutes of the November 112222 meeting (jpg) Full text below

When last contemplated early this year, Rockland harbor activists had suffered  a crushing rejection by the Maine Coast of Environmental Protection

The commission first  discussed the status of Safe Harbor's  expansion plan. This in response to a  question raised in the meeting's  public comments time, by Ron Huber of  WRFR.

Public Comment- Virginia Noble, 40 Mechanic Street, has concerns RE: Scone Goddess food truck inSnow Marine, reviews permit application, states concern for: parking in Snow, marine uses beprioritized, Too much traffic on Mechanic Street already, Would like to see fees for boat ramp increaseto help reduce tax burden on residents, suggests that food trucks should be in Bouy Park Only, pays a premium for water view at her location and doesn't want the view spoiled by a food truck

Scone Goddess Application Discussion: Kate Brings forward potential parking locations (3), with photos and diagrams, discussion ensues. Parking on the green in the middle?  Then everyone else will likely park there- bad for grounds maintenance. +/-'s of 3 proposed sites regarding traffic flow, safety of customers, etc. Richard agrees that rates for launch ramp should be increased, expresses preference for marine uses only in Snow. Kate clarifies "So It's not My food truck that's the issue, it's Any?" which the HMC agrees.

Molly points out that it's allowed in city code (exactly where is the question).  Todd suggests a limit for Snow in the future and that we approve for a year as a trial run, Sam agrees but have to table discussion because we don't have a quorum.

Other Applications: Me Boats & BH&H Show, Friendship Sloop Society Tabled due to lack of Quorum

Fish Pier: Dredging — 2000 cu yards of loose mud and silt removed so far out of 10000 total cu yards planned. Eric Steele will be surveying once both sides are cleared of mud and silt. Likely won't be able to take the ledge down to the full -9' depth, but aiming for uniform depth ofapprox. -7’ to assist navigation.

Richard states that should be ﬁne, we discuss that they can't dredge too close to the pier itself without potentially undermining the pier. Discuss rebuilding seawall, moving bait coolers, electrical issues.

Sunk Boat in North End: going through process to declare abandoned. Hopefully will bring to HMC to declare it so next month.

Sunk Boat in Owls Head: Owls Head is managing- might want help with disposal - HMC thinks OH should manage it on their own.

Delinquent Moorings: approx. 30 in harbor- might be a solution to safe harbor displacement? Richard mentions that there's a process for declaring them delinquent as well as a bid process for selling them.

ACL partnering submittal — Molly will follow up with Tom. Sam is against Emerald Princess: over the 3k limit, Molly wants to ask for an exemption, all present agree, as it's a 30k paycheck for the city. Cruise ship ordinance is functionally a mess, Molly is clarifying it.

Consider restrictions on ACL dockage so the public can use the dock Fri, Sat, Sun.

Landings Submerged Lands Lease— Landings is within their rights to expand as they have submitted. City intends to enforce lease so that the Landings doesn't expand beyond their lease, thus encroaching on the fish pier.

Testing the Waters: Tracing the movement of PFAS into waterways and wildlife environment