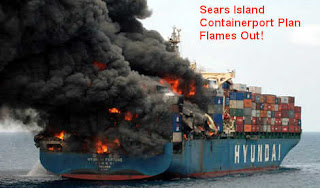 ROCKLAND. The Sears Island partition plan may be history, depending on how a Superior Court judge rules on a motion filed March 31, 2009 by environmental activist Ron Huber in response to efforts by private attorneys hired by Maine Department of Transportation. Huber's motion:

"...moves this Honorable Court to find that MDOT failed to file both its Motion to Stay Production of Record and its Motion to Dismiss in a timely manner, and to exclude these motions from consideration in the Court's review of Huber's Petition for Review of Agency Action." 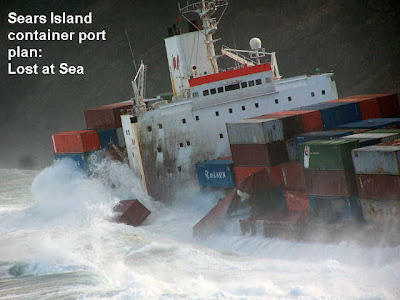 See all motions filed in the case by all five sides

"I have faith that Judge Hjelm will agree with my motion, rule MDOT to be loser-by-default,'' said Ron Huber "and send the agency off to carry out the environmental impact reviews under state law required for such a gigantic project as the world class containerport the agency wants."

WHAT HAPPENED. Not only did MDOT's hired guns miss EVERY deadline set by the court, they tried to obscure the fact by altering their and Huber's filing dates in the motions they filed with Knox County Superior Court.

Said Huber, "for a prestigious Maine law firm's perhaps most prestigious attorney - former state bar association president, a list of commendations long as a windmill's arm, known to revel in being called "superlawyer" - for this officer of the court to miss her every response deadline regarding the Huber vs Maine DOT case before Knox County Superior court is ...well...fine with me." 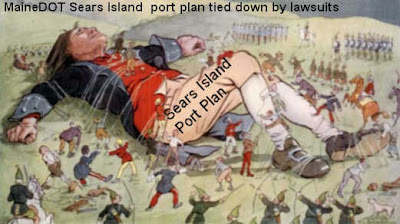 For indeed, not a thing sent in to Knox County Superior Court for the Huber vs MDOT docket by Superlawyer Rebecca H. Farnham and her barely-out-of-law-school sidekick Jason Donovan, Esq, arrived before the deadline was long past

As anyone who practices law on either side of the bench, or gets law practiced for or against them knows, deadlines in legal proceedings are near-immutable forces of nature, no more capable of being tweaked this way or that by a tardily responding lawyer than an iceberg is by a penguin. Of course there are exceptions - but only for those who 'fess up to the Court before that deadline smacks them, and receive the Judge's blessing to try try again.

"In their motions to this Court, MDOT erroneously asserts that Huber filed his Petition for Review of Agency Action on February 20, 2009. MDOT further erroneously asserts that it filed its responses to Huber's Petition on March 23, 2004. A review of the date stamps on Huber's petition and on MDOT's response motions in the Knox County Superior Court's docket files reveals that Huber actually filed his petition on February 19, 2009, while MDOT actually filed its two response motions on March 24th, 2009."

Huber goes on to observe that:

"Whether these errors are attributable to carelessness or to an attempt by the Defendant to appear to have filed its response in a timely manner is unknown. The fact remains that the Defendant has failed to respond in a timely fashion as required by 5 MRSA §11005 Responsive Pleading; filing of the record, which says in pertinent part:

"The agency shall file in the reviewing court within 30 days after the petition for review is filed, or, within such shorter or longer time as the court may allow on motion, the original or a certified copy of the complete record of the proceedings under review." A review of the docket reveals that no such motion requesting a "longer time" was filed was filed with the Knox County Superior Court within the 30 day period set by MRSA 5 § 11005."

"Courts have got to be merciless with deadlines;" Huber said. "Else they face docket gridlock. Superior Court Judges are busy enough endlessly untying or slashing the Gordian Knots of Law brought before them. Extensions stop up the process."

"to rescind the Jan. 22, 2009 conservation easement until the MDOT has fully complied with the requirements of the Maine Sensible Transportation Policy Act and the Maine Site Location of Development Law." 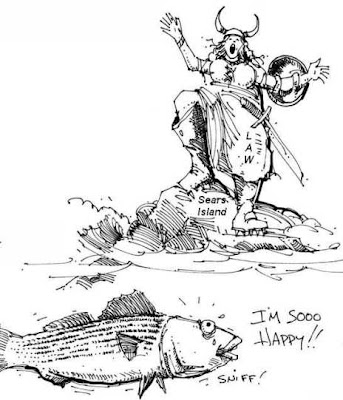 "These are important laws that protect Maine's most important natural and wild places for their irreplaceable scenic, recreational and ecological resources." Huber said. "Sears Island is a wild Noah's Ark holding representatives of most of the coastal plant and animal species that Almighty God blessed Maine's coast with. Its not right for MDOT to just barge in and start clearcutting, bulldozing and dredging this precious remnant."